A recent survey shows that Takeo has placed second in a recent survey of places people would most like to live in Japan. Via Rocket News:

Publisher Takarajimasha, which recently released the results of a survey on which bucolic town people in Japan would most like to move to.

Starting with a list of 137 candidate cities, Takarajima asked participants 70 questions in seven categories related to the natural environment, support systems for new arrivals, and child-rearing issues. Questions about help for job seekers, health care facilities, and transportation infrastructure were included as well.

Although there are large patches of rural communities on each of Japan’s four main islands, the runaway winner was the southern island of Kyushu. All four of the highest ranked cities are located there

In second place was Takeo in Saga Prefecture. Takeo is a little bigger than the two previous entries, with a population of 50,000 people. However, the loss in solitude is offset by a gain in convenience, as Takeo is just 50 minutes from Ariake Saga airport, as well as an hour from Fukuoka Airport and the high speed Shinkansen rail service that runs through Fukuoka City’s Hakata Station.

Even if you don’t want to live in the big city anymore, it’s nice to have the option of flying back for a visit if you feel like it.

Takeo has also received a bit of recent media attention for its collaboration with national video rental and bookstore chain Tsutaya, which has been involved in keeping the local library well-stocked, plus the local government’s push for greater interaction with citizens through the city’s official Facebook page. New arrivals can look forward to the support of four city employees employed to help them settle in, as well as a non-profit organization involved in restoring traditional Japanese-style houses for new owners. 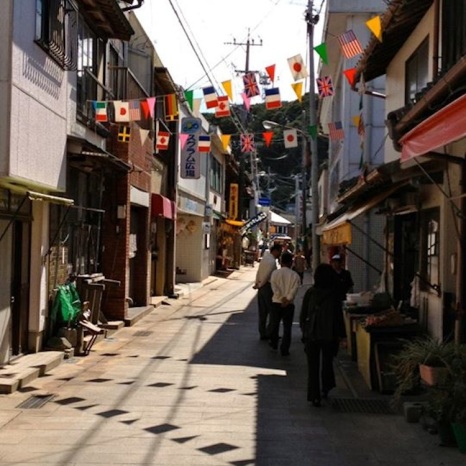